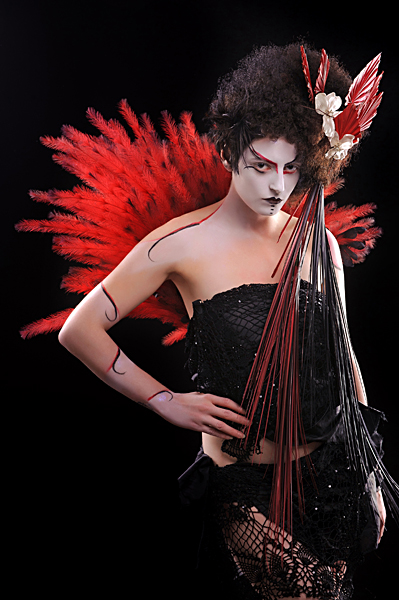 This was a “proof of concept” shoot for Rachel Mason (Dare to be Different), working alongside Annie Cabasa and model, Kayleigh Jo Daffern. And the concept? It was part of the Pendle 400 year commemoration of the original Pendle Witch Trials. The makeup and styling were an initial test for the girls taking part in the Pendle Imp Fest.

The original suggestion had been to shoot on white, which I wasn’t too keen on. The strong primary colour would offset great against black. OK, I was going to have a challenge with the hair, but I was sure the effort would be worthwhile. Besides, highlighting the hair would be far easier than trying to stop Kayleigh’s face disappearing into a white backdrop, to be honest.

The above was shot in studio 3 at Studio Sphere. Keylight was provided by a Lencarta Elite Pro 600 at 1/8th output firing through a 4′ x 3′ softbox at shoulder height, and positioned camera left.

The accent light skimming across kayleigh’s headress (Red leaves etc), also lighting her hair and the outline of her left arm, is provided by an Elite Pro 300 at ¼th output firing through a gridded 40cm white beauty dish at a height of around 7 feet. It’s positioned further back than Kayleigh, and just out of frame.

In a similar position, but camera left, is another Elite Pro 300 at ¼th output firing through a larger gridded 70cm white beauty dish. This provides a larger pool of light that illuminates the feathered wing things, along with providing rim illumination to her right arm and her hair. 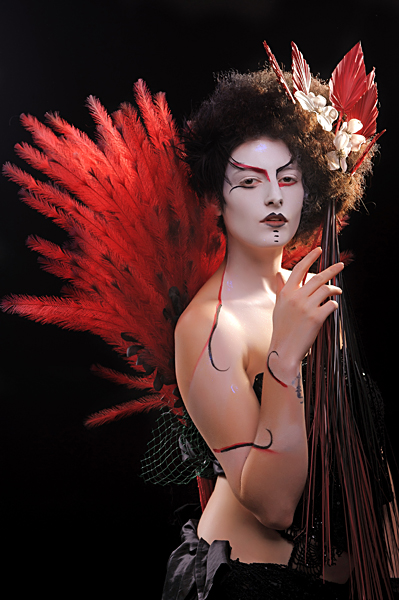 The keylight was moved marginally forward for this image, and Kayleigh was carefully positioned so as the right accent light also flicked across her chest, picking up detail on her collar bone and her right shoulder. 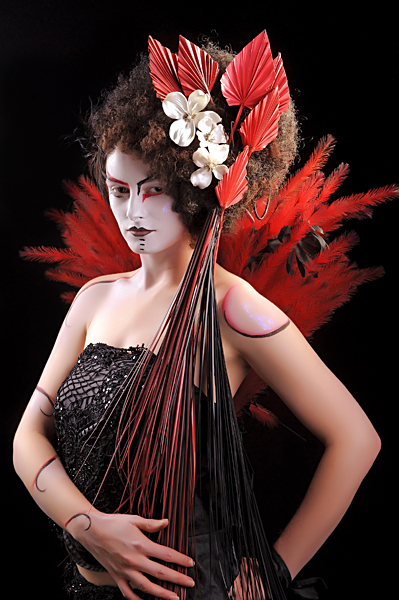 The keylight was camera right for this image, which was actually taken before those above. Both accent lights are same as the prior images, but you will notice the key light here provides most of the lifting for the hair and headpiece. It looks better here than it did on the back of the camera. Iat the time, I felt there was far too much from the key light, and the right accent light was doing very little. Having said that, I feel it’s a better image than I first thought. 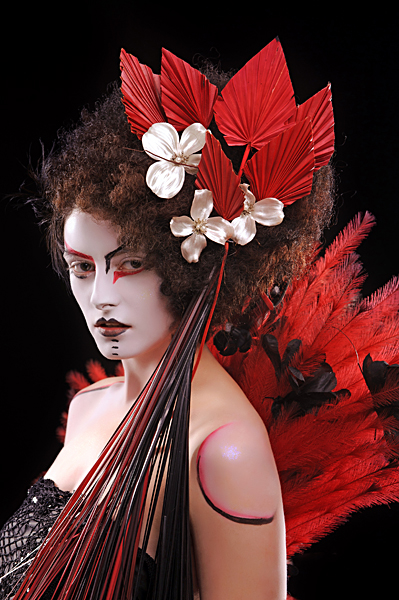 Just a final image, again similar setup. Kayleigh was moved to allow the light from the left accent to skim her cheek and the edge of her nose.

Well, for a proof of concept, it worked well, and we ended up shooting something like 30 different imps and fairies. All good fun, but rather nerve wracking when we ended up with about twenty in the studio at one go.