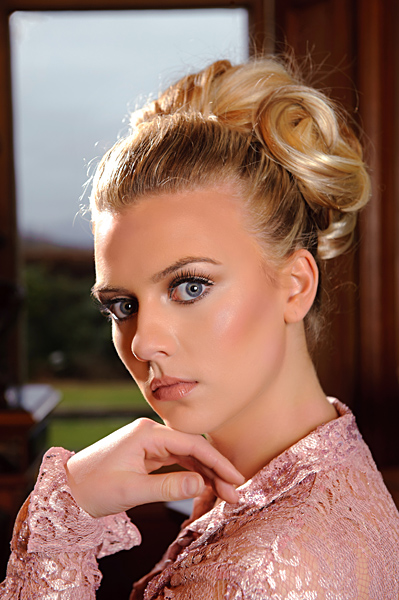 Some of you may recall the portfolio shoot I did for Catherine Boden of Glamorise, a makeup artist and stylist from Manchester. These images were part of a wedding brochure shoot for Calthwaite Hall, and another entry will cover the actual shoot for their brochure at a later date. Due to a number of circumstances, not least the fact the ambient light disappeared as the girls arrived (Particularly bad travel problems for the girls, and the fact it was the last week of February), meant the main shoot was rescheduled for eight weeks later. The reason for this was the fact the Hall has a beautiful free standing staircase that relies on ambient light from a glass ceiling.
Without the ambient light, the staircase becomes just a staircase.
Not wanting to waste the day, we quickly switched agenda to get a few headshots for both the models’ and Catherine’s portfolios.
This time, I needed to utilise the much lower power of speedlights, so as to catch what little ambient was left through the window. The highlight seen along Josephine’s face above, isn’t actually from the window, but provided by a speedlight firing at 1/8th into a silver reflective umbrella at a distance of around five feet from Josephine. The main, or key light, came from camera right, a little above Josephine’s eye level. A speedlight firing through a 60cm softbox at an 1/8th power output, and about three feet away.
I ensured the scene through the window was visible by using a slow shutter speed of 1/30th sec, although it still left it underexposed by about a stop and a half, possibly two.
Nikon D3 1/30th sec ISO400 24-70mm f5.6
And the rear view 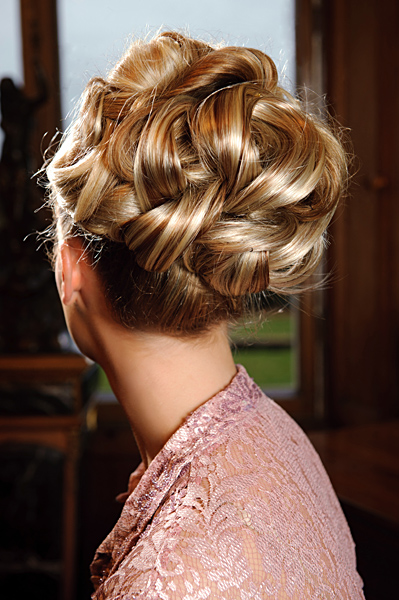 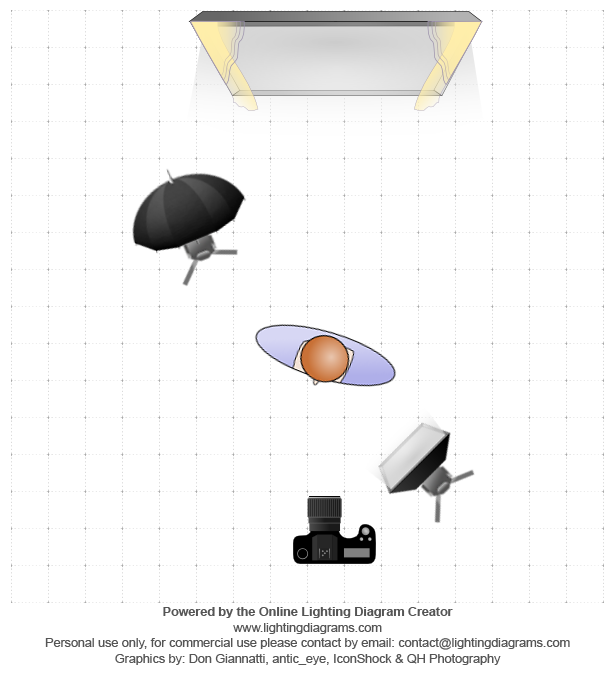 And so to the stairs. I felt I should at least get a few images on the stairs, although I wasn’t happy at the time with the results, and I’m still not. You will understand why once you read the blog entry for the brochure shoot and see the images we obtained in April. 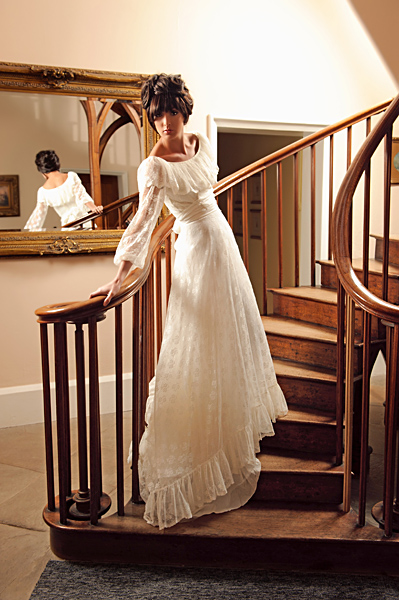 This time, due to the distance from subject (Lanie), I used a Lencarta Safari Classic single head at minimum output, firing through a 120cm folding Octa and way off camera left and at a height of around of around seven feet. The light along Lanie’s left side (frame right) comes from a silver reflective umbrella placed on the stairs and angled down towards lanie. The speedlight was set to 1/4th output.
A larger silver reflector was used to add a little lift to Lanie’s face, and was held just out of frame, camera right. I also found I had to up the ISO to 800.
I don’t like it because it’s harsh, and I already had an idea as to what I would be able to get with the right conditions. This wasn’t it.
Nikon D3 1/30th sec ISO800 24-70mm f5.6
And the lighting diagram… 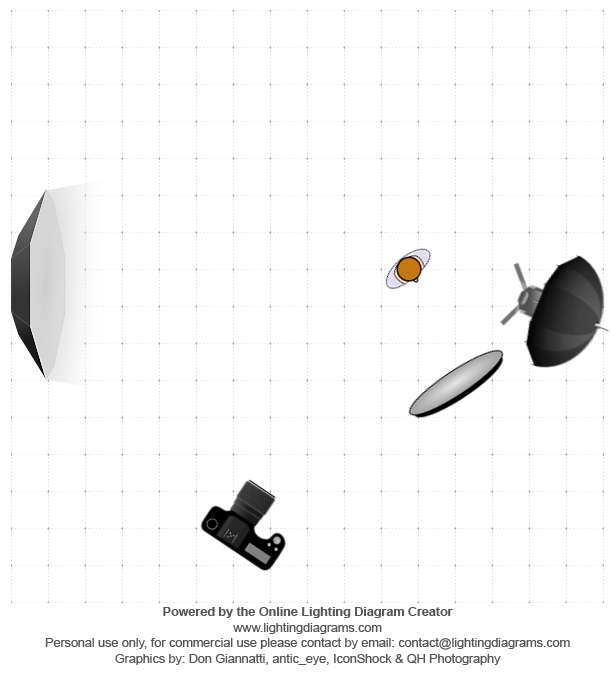 Finally, I took a few headshots for Catherine. Pretty much the same camera settings, although I found I needed to open the aperture slightly to f5 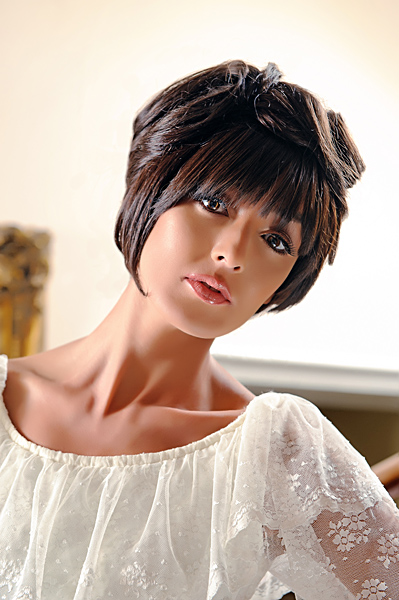 All images were obtained within 30 minutes, including setup and take down. Time really was of the essence.

The headshots are fine, but I cringe at the stair images. The owner of the Hall was made up with them, which I suppose is what it’s actually about. However, I couldn’t wait to get back there a few months later 🙂