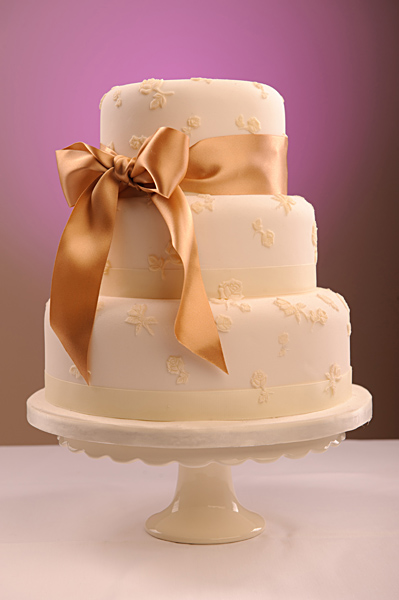 Wedding cakes. Lots of them 🙂

Is it food or product photography? Normally, when I have a subject to photograph which sits in two or more categories, and determining the right strategic approach to the photographic style is difficult, I consider the target client rather than the paying client. Occasionally, my clients don’t always recognise the characteristics of their products that entice their clients to buy, possibly because they are too close to their own product and view it differently.

Here, I have two clients. A website design company and their client who designs and makes wedding cakes. Joanne (the cake lady) and her target market had very similar views on the subject matter to hand, wedding cakes. Yes, they had to taste right and have a variety of fillings available, but the initial impact had to be looks.

Brides are very particular regarding the aesthetics of their wedding cake. It has to have a “wow” factor, and definitely must be different to anything their friends may have had. So, similar to product photography, we would highlight the features of the cake, but it mustn’t become purely a product. It should also look good enough to eat.

Quite often with product photography, hard light is used to accent features and create texture. Now, those things are important here, but due to the context the subject is related to (weddings), the overall approach should be a little softer.

Two gridded stripboxes were used either side and further back than the cake, to create the gentle rim lighting. They were also angled down at 45 degrees so as to catch the top of the cake layers. The stripboxes were mated to Elite Pro 300 heads at ¼ power output. The key light was camera right and about head heat. An Elite Pro 600 firing through a 30” x 40” softbox, again at around a ¼ output but at a greater distance than the two stripboxes. I utilised this quite large softbox so as the key light had decent “wrap” characteristics, so as to help blend and soften the rim lighting.

To add a little interest to the background, and without distracting from the subject itself, I used an Elite Pro 300 with a standard reflector, a 20 degree grid and a sheet of purple(ish) gel. The output was set to just below a ¼ and the wash from the keylight slightly reduced the intensity of the colour. 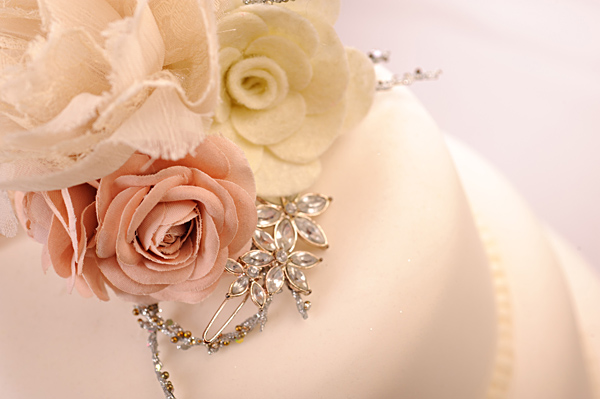 Exactly the same as you would do with products, it’s important to emphasise detail. The lighting setup remained the same, other than the stripbox camera left was increased in output by about 2/3rds of a stop to provide a little more accent.

So, besides the wedding cakes, what else would the website require? I managed to talk the rather attractive business owner, Joanne, into having a headshot done for her website and social media profiles. This was more difficult than it should have been, as Joanne is extremely camera shy to say the least. She absolutely abhors having her photograph taken, and it took a fair bit of effort to coerce her into standing in front of the camera. 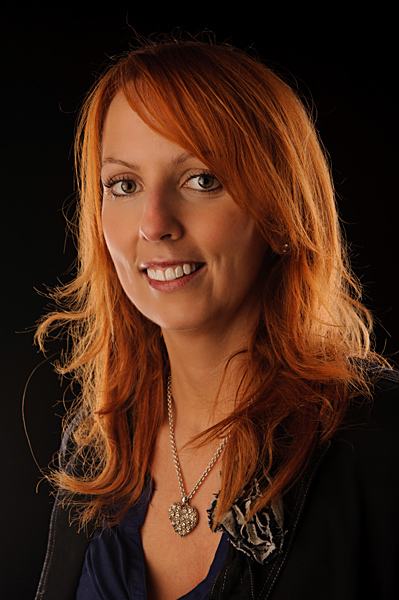 We moved into studio 3 which was setup already for low key, whereas studio 2 was basically white walled for the cakes. The large softbox was positioned camera left and slightly above head height. A stripbox was placed camera left and further back than Joanne to provide the rimlight, and barely out of frame to help keep it as soft as possible.

The stripbox camera right was again as close as possible for the same reasons, although in hindsight, I wish I had raised it a little more. Joanne is rather tall to say the least, and I feel I should have had a touch more light to the top of her head for separation purposes. 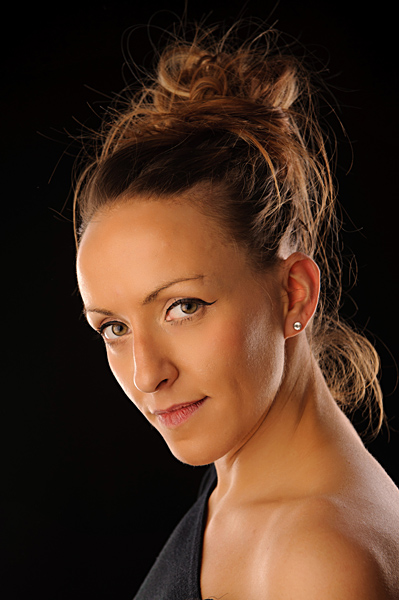 And what of Katrina, the young lady who pushed Joanne to get suitable images for her website?

Oddly enough, Katrina didn’t exactly hesitate when asked to step up to the mark, and the smouldering look was instant. Quite the model 😉

Joanne’s cakes and designs may be viewed at www.petitebelle.co.uk