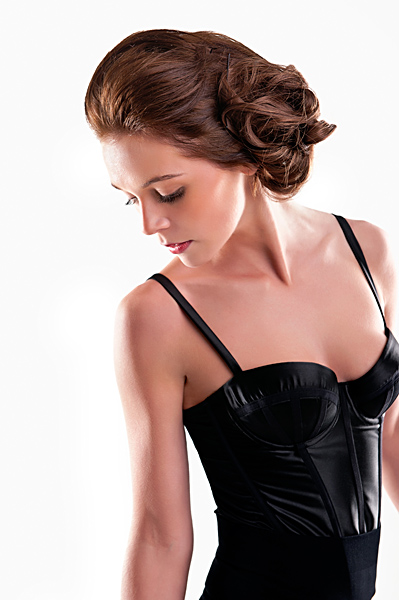 This was part of the portfolio shoot I did for Nicola Sumner, a young lady I’ve worked regularly with, especially wedding venue brochure shoots. I’ve previously written about the images from this session that were destined for Lencarta’s product catalogue, and these are a couple of others taken at Studio Sphere.

We needed a straightforward clean backdrop shot, a typical studio type shot that would be included in her portfolio.

The backdrop is vinyl, and was lit with two Lencarta EP300 heads, either side of the backdrop, and firing into white reflective umbrellas, and both were at 1/2 power.

Camera right was an EP600 head at around 2.8m, firing through a 170cm Octa at around 1/4 output. Another EP300 was camera left, although almost level with Nicola and at a height of around five feet, firing through a 200x40cm gridded stripbox at around 1/4 output. It’s providing a stronger rim light as it’s physically nearer to Nicola than the key light. Another EP300 was fired through a 120x30cm gridded stripbox at 1/4 power camera right and further back, providing the highlight across her cheekbone, shoulder and neck. 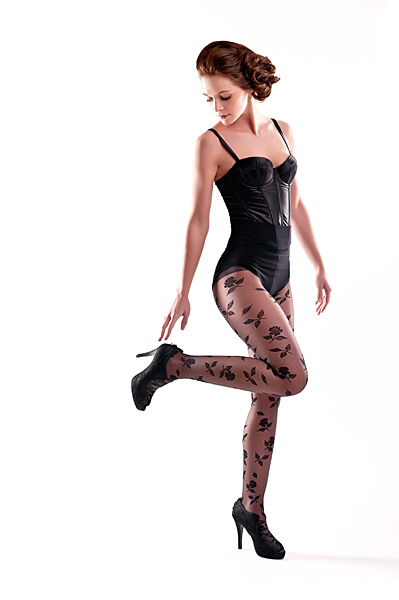 Similar pose, but to include a full length capture.