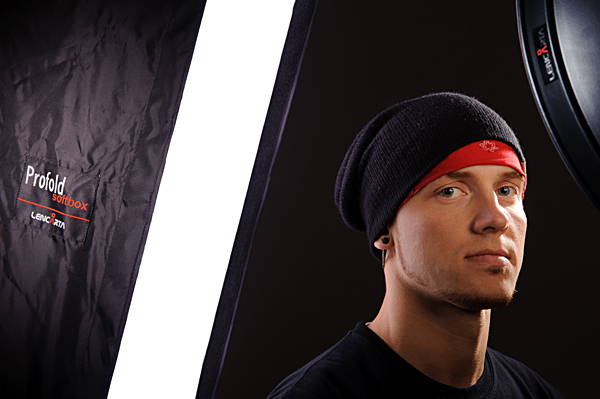 As many of my clients know, I much prefer to combine several client’s needs together in one assignment. It keeps the cost down and everyone benefits from the input of others.

This assignment was for Lencarta, and in particular, for their catalogue. The request was for images that either showed their equipment in use, or the results possible from using their equipment. With that in mind, I knew there were some items that may be difficult to put into the frame, and provide enough interest to make it relevant. Light stands being a case in point. Lightstands tend to be used for pretty much every studio shot, and location shoots where lighting is used. So what was I going to do to at least hold the attention of the viewer for that little bit longer?

Meet Martins Arbidans, dance tutor. I had previously photographed Martins as part of the Dare to be Different crew, managed by Rachel Mason, and if anyone was likely to add interest to an image of some lighting stands, it would indeed be Martins 🙂

I’d also said I would get a headshot for him, so he could use it on his facebook profile or website etc. It was whilst taking a headshot that I stepped back to take the above image with the catalogue cover in mind. In the original headshot, there were two lights in use, both Elite Pro 300s. Frame left and just beyond Martins was a Profold 140 x 30cm stripbox (no grid). This provided the rim lighting for his shoulder and hat, at about ¼ output. Main light was provided by a 40cm gridded white beauty dish camera right and directly in front of Martins, again at ¼ output, although the grid reduced the power a little, hence the accent across Martins’ cheek from the stripbox. The stronger rimlight seen on Martins’ left cheek, neck and hat is provided by a 30º grid on a standard reflector mated to a SmartFlash at ½ power, basically side on to Martins and at a height of around 7 feet.

When it came to showing the light modifiers in frame, I needed to light the logos on the equipment, otherwise they just disappeared into the black. I set up a second Smartflash with a 20º grid on a standard reflector aimed at the Profold badge on the stripbox. Output was set at ¼ as the head was literally 18 inches from the stripbox.

The logo on the beauty dish proved more troublesome. I initially started with another SmartFlash head and 10º grid on a standard reflector, but it still wasn’t tight enough. I switched to a Nikon SB900 speedlight and fashioned a cardboard snoot of about 12 inch in length. Output on the speedlight was set to ½. 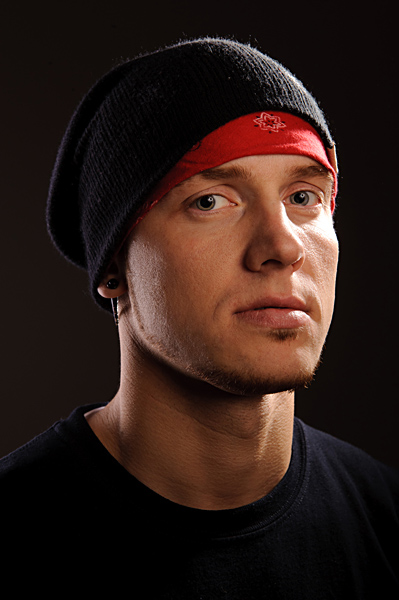 This was the headshot that led to the product image. 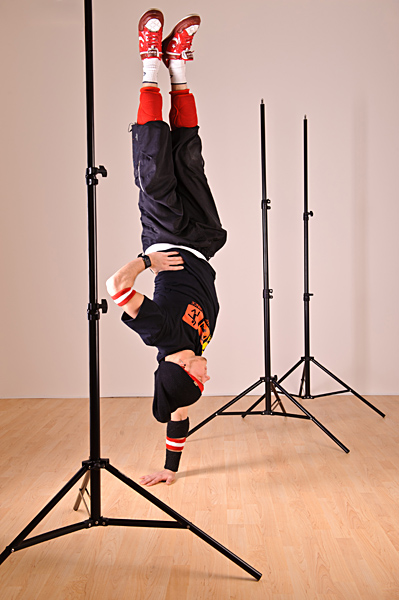 Stripbox camera left (you can see the light from it on the floor). ElitePro 300 at ½ power to provide accent lighting along Martins’ side. Main or key was provided by a 30 x 40 inch softbox mated to an Elite Pro 300 at ½ power.