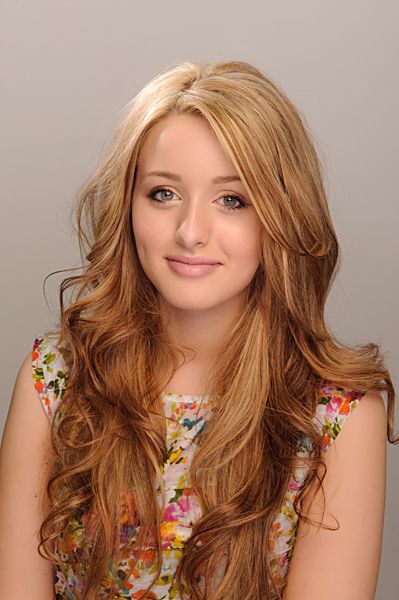 Photographing hair for salon shots is quite demanding. You need more lights than usual and more patience than usual. You also need a model that can maintain a pose within the given area dictated by the gridded hair light.

So, with that in mind, how far do you think you can get if you are going to do it all in the salon, in a area four feet by six, with only two heads and a young lady who hasn’t modelled before?

Well, it’s going to be entertaining

The walls in the salon were white, which suited me just fine. It tends to be better to have a neutral colour such as grey, unless the hair style or remit dictates something a little more exciting. To get a grey background, I simply needed to avoid lighting it, allowing it to effectively under expose and become grey.

I needed to light our model from the front and fairly high for the key light, simulating summer light. For this I chose a 70cm white beauty dish, but I chose not to use a diffusing sock. Rather, I wanted the light to be a little harsher to pick up the shade under her cheeks when she smiled. She didn’t have particularly pronounced cheek bones, but her smile came close to simulating the effect.

Of course, this means there is a fairly strong shadow under her eyebrows and particularly under her chin and neck. To combat this, I had a 110cm reflector on an arm immediately beneath the beauty dish, at an angle of around 45 degrees, bouncing the light under her chin and also into her eyes. Using the reflector meant my second head could be used for the hair light. This was a honeycombed snoot camera left and a little further back than the model, creating quite a tightly focused highlight just to the side of her parting.

The light was provided by a Lencarta Safari Classic, at about minimum output. However, the key light was only a couple of feet away from her at the most, and at an ISO of 400, I was using an aperture of f13 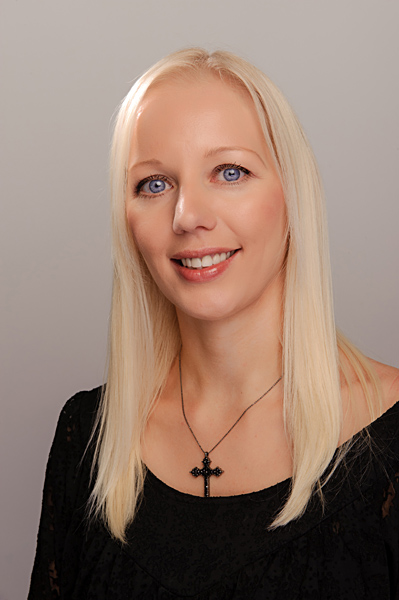 This second image is Wendy, the young lady who provided the makeover. She admitted she hates having her photograph taken and finds most images are washed out. Although Wendy took up position in exactly the same place as the model, she had such pale hair and complexion, there was significantly more light reflected towards the camera. The aperture needed increasing to f14 and I also increased the shutter speed to 1/160th sec too, although in truth, I don’t recall the reason for doing so now, and I would assume the background possibly appeared a little lighter.

These images were taken for an advertising campaign to promote Toni and Guy makeovers, advertising with the Live Magazine Group.