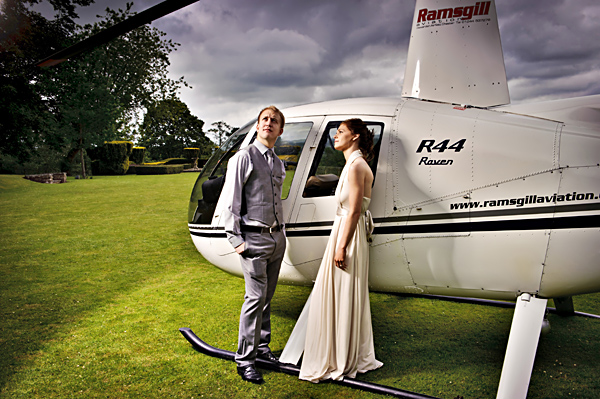 It’s nice when you can combine an assignment for a number of clients. Saves them money and time. The above image is the final version and the look I had in mind when I shot it. It was a rather overcast day and threatened rain for most of it, to the point we would occasionally get a smattering of rain drops and consider packing up, and it would then stop. Not ideal conditions really, especially when Nicola was wearing a rather lightweight dress that afforded her no warmth whatsoever.

Although they provide all these services and more, they didn’t really have a wide range of images to illustrate the fact. The above image will be used for their Heli-dine  packages, and we will arrange another location shoot for their wedding package.

Getting back to the image, with the sky being overcast, I wanted to ensure it became part of the image, rather than just a backdrop, especially as there was quite good texture to the cloud formations, as opposed to the flat white blanket sky we seemed to be getting in the days prior to the shoot. I needed to under expose the ambient enough to enhance the texture of the sky, but not lose all the detail in the trees and bushes in the background. I would  also need to light Dan and Nicola, along with the helicopter to ensure they “popped”, and I felt my only real option would be to use the Lencarta Safari system. (Incidentally, this is now being dubbed the “Safari Classic”, as the new Lithium-ion powered Safari is now available).

I used a single 600ws head to put the light through a white 70cm Beauty dish. The beauty dish was chosen as it doesn’t cut down the light as much as a softbox, and can provide quite nice contrast. It was on a 2.6m stand at full height and angled down towards the couple and barely out of shot, camera left. The output from the safari was on full.

The above image includes the post processing to get it to where I had been aiming originally, whereas the image below is pretty much as it was taken. 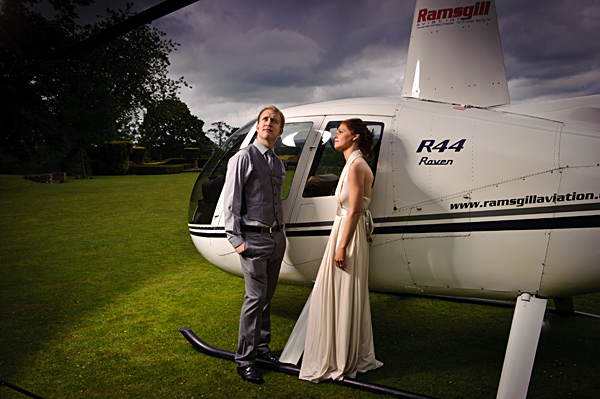 I think the image is great straight from the camera, as it shows the power of the Lencarta Safari very effectively. However, I wanted a little more detail in the background trees and grass. I also wanted to take out the reflection of the beauty dish too, as I found it distracting.

I particularly like the large beauty dish for this kind of work, as it softens the light just enough, but avoids reducing the power.

The image below is another from the set. 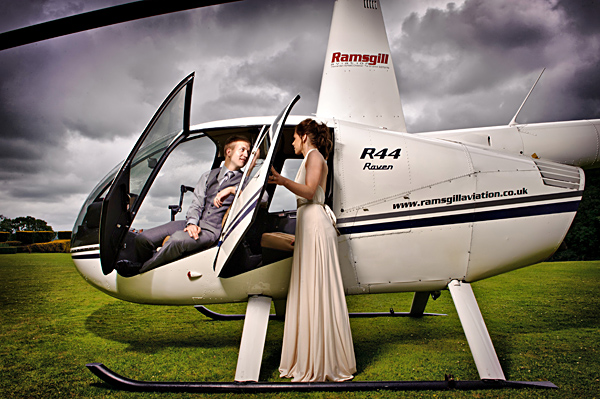 These images were taken for advertising purposes for the following companies: