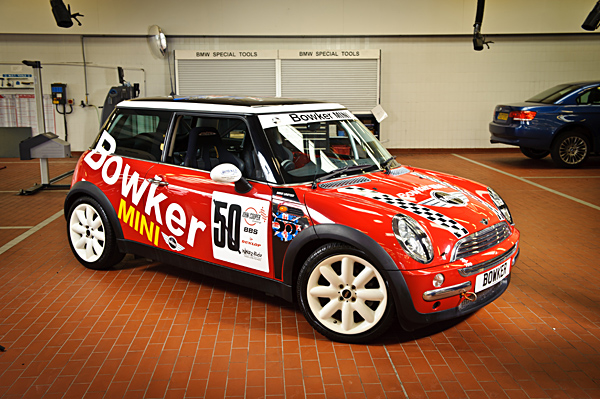 I have to say, I do like vehicle photography. Possibly a tug from my younger days perhaps, but all the same, it’s always enjoyable. There can be a number of challenges, such as reflection on the paintwork, chrome or glass. In fact, there tends to be little on a vehicle that won’t reflect!

The images were to represent the service side of the business, promoting the “team” work behind the smooth running of the operation. An obvious centre piece for the main image was the rally prepared and sponsored red Mini. To keep it in context, we had the car positioned in the centre of the service bays and I spent a bit of time looking for the best lighting positions and angles to reduce the likelihood of the lightstands and brollies being seen in the reflections on the car paintwork or glass etc.

The light was supplied by the Lencarta Safari Classic at around a ¼ output. The above image was actually the lighting test shot, as the car wasn’t intended to be photographed on it’s own, but both the client and I like the image.

The above image was the intended shot, showing the team behind the servicing side of their business. Here I found I needed to increase the power of the Safari, and also move the stands in a little too, as the light fall off meant some of the folks at the back were a little under exposed. I also moved the stands a little wider apart to feather the light across the crowd and even it out a little, without burning out the highlights on the people at either side, or on the car for that matter.

The final image below is of Chris, one of the head mechanics as he ponders the laptop screen. Primarily lit with the parabolic umbrella at a height of around five feet so as to get under the bonnet. It was quite surprising just how the black hole of the bonnet and engine bay ate the light. I had to have the stand fairly close to get the even lighting across Chris, but still had slight hotspots along the profile of his left arm, although not enough that it couldn’t be reduced in post processing. If the light were any further out, I lost any detail in the right of Chris’ face, and his chest became too dark too. 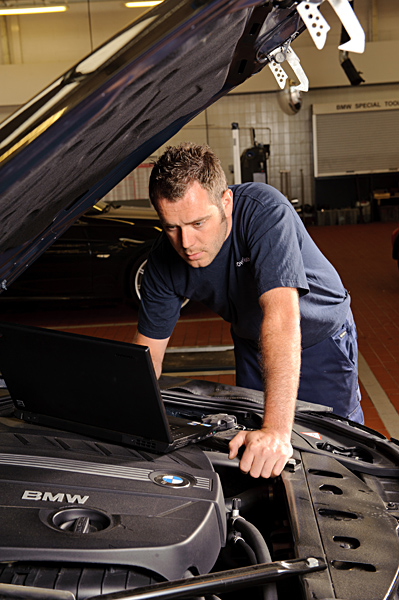