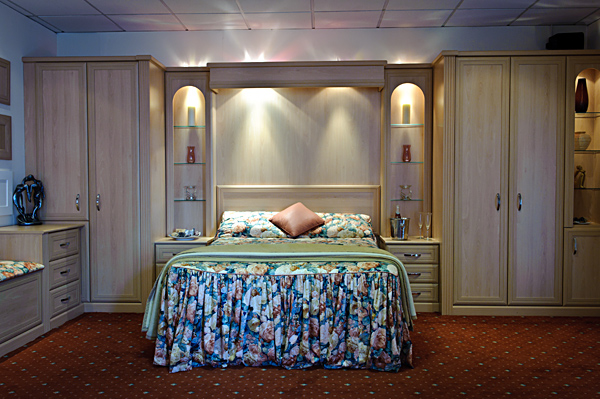 There is a huge advantage when working with publishers such as the Live Magazine group, which is the fact I get to meet an awful lot of interesting people, and get to photograph some interesting things   🙂

Kingstons Fitted Bedrooms was one such assignment. My contact there was Jackie, a really nice lady who gave me a quick tour of their showroom, whilst explaining how the company had started with fitted office furniture, before moving into kitchens and then bedrooms. Whilst walking through the showroom, I saw an awful lot of rather nicely finished cabinets and fittings. Once I started photographing, Jackie then asked if I’d seen some of the hidden features. Well, some of the features were ingenious and beautifully executed too. Many concepts I’d never seen before.

Anyway, back to work. The above image was quite tricky due to the low light. At first I thought about lighting the whole scene, but realised part of the attraction of the set was the way it had already been lit, and I didn’t really want to lose that. So, the best thing would be to record the light that’s there, and see if I needed to add anything.

The first image I took told me the additional light just wouldn’t be needed, but I did need a little more from the scene, so I boosted the ISO.

The second image was purely down to the fact I adore the finish on the table. Silky smooth is rough in comparison, and the colours within the table  top are quite mesmerising. It’s a beautiful table and I’d love to give it a home. 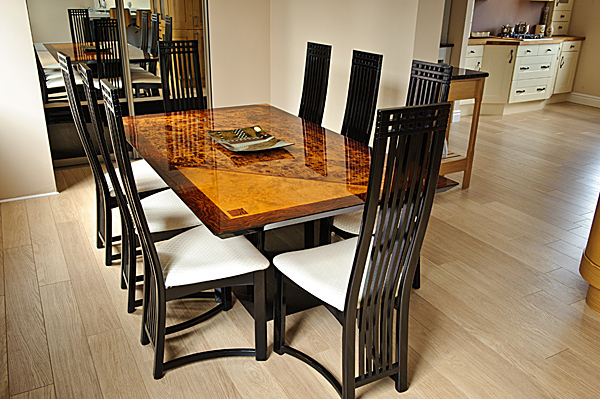 My biggest concern was the full height mirror behind it.

Again, no additional lighting here, due to the large window camera left, as well as the large amount of light that’s coming through from the kitchen area. 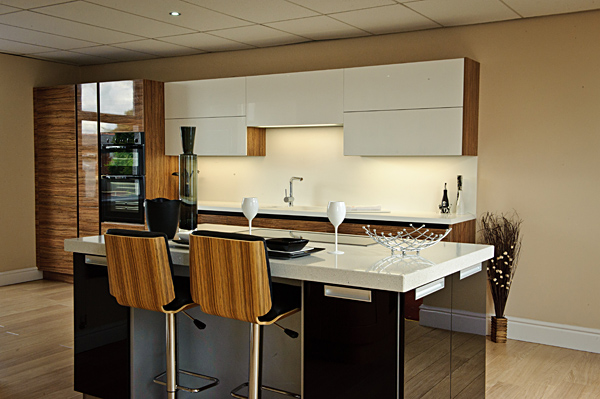 This final image was again down to natural light, and quite a bit of it too. It was this display that had the most surprises for me, as the designed in storage space was ingenious. I have to say, I came away rather grateful I hadn’t taken my wife along on this particular assignment, as I had a rather disturbing feeling it could have been rather expensive for me.

Seriously, if you want something a bit special, you really need to speak to Jackie at Kingstons.