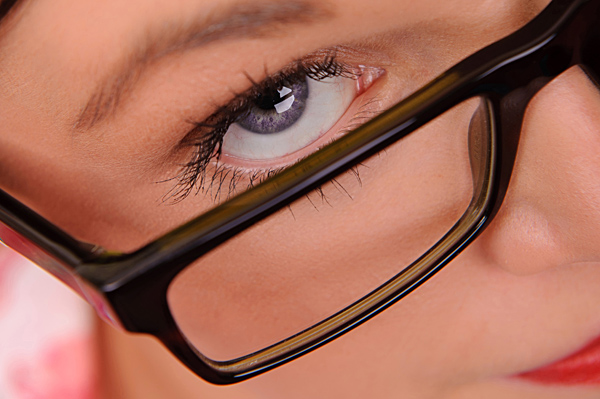 I received a brief from Live Magazine. One of the branches of David Myers Opticians (the branch in Penwortham) needed some images for their upcoming advert and editorial. I didn’t really fancy just shooting the shop front, or just the frames for that matter. I wanted a fairly striking image of their frames in use.

Nicola was chosen as the model, as she has very arresting eyes and the longest natural eyelashes I have ever seen!

The area I was to work in was basically 5 feet by 5 feet, with a bench seat along one side. Not a lot of room at all, but we have to make do with the tools we are given  🙂

I wanted a nice soft light, so as not to get harsh or overpowering highlights on the frames. The Lencarta Safari was used in conjunction with a 120cm folding Octabox and a 70x100cm folding softbox, both around two and a half feet from Nicola’s face. The octabox was camera right, and you can probably make it out in Nicola’s eye. The softbox was camera left to fill the shadow from the frames themselves. Both “boxes” were as high as possible, given the fact it was an eight foot ceiling.

The following image is the one chosen for their advert, and they have retained several others for their upcoming marketing campaign. 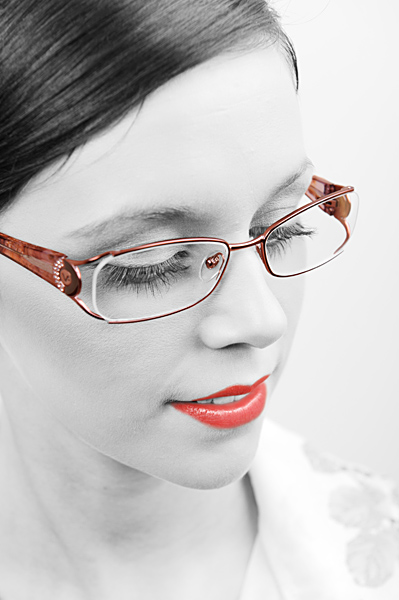