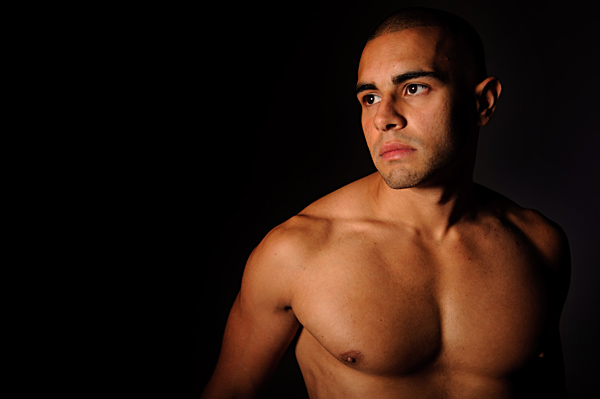 Fitness instructor and model. I’d met Yas at a previous shoot on New Year’s Eve in Clitheroe, where we had only the briefest of conversations. Yas later got in touch regarding a requirement for some portfolio images. Considering his physique, I felt a low key approach would be best in this instance, although a location shoot is on the cards for a future shoot too. These were taken at Studio Sphere in Nelson, nr Burnley, Lancashire.

I wanted the light to be kept fairly tight, and to fall across his chest, throwing a shadow between his pectorals and therefore helping to define and emphasise the muscles. I chose to use a single light, turned fairly lowly to reduce the possibility of it lighting the background. I also chose to use the Lencarta 40cm beauty dish with a grid, again to tightly control the fall of light.

The light was place at head height and camera left, with Yas looking directly into it. 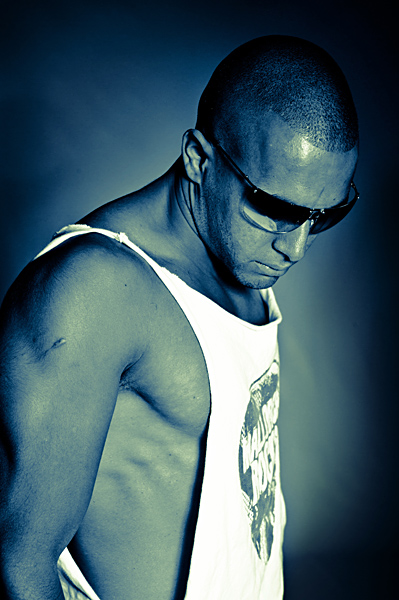 Still using only the 40cm beauty dish and grid, but a little further away and with a little more power to catch some of the backdrop.