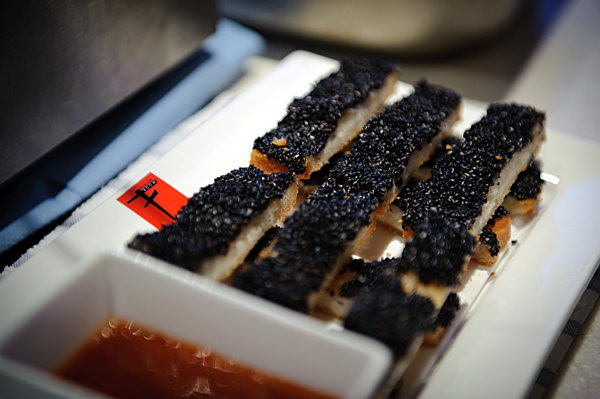 I was asked to cover the launch of an event catering company by the name of Fusion Outdoors. Sounds nice, I thought. Location catering for events and yadda yadda yadda, met them all before and all pretty much samey blah blah blah.

I was then told this company was actually a new venture for an established high class restaurant in Preston, the Fusion Room on Friargate. Hmmmm, now that titbit of information turned my perception of the company on it’s head. I hadn’t met a company like this before and it was hardly going to be samey.

First of all, their target clients weren’t going to be the run of the mill back garden gatherings with a few sausages and two dozen chicken legs! They had a very specific client in mind with a unique service to offer.

Fusion Outdoors is aimed at people who wish to host house parties and events, and be able to offer high class, restaurant standard catering. Hardly surprising they’ve teamed up with Passion 4 Events, an events management company based in Preston.

So, what was I expecting? Well, to be honest, I was expecting a social gathering of Preston’s finest, and to record the event as such. Not a problem, and something I do on a regular basis. Easy.

I was introduced to the owner of Fusion Room, Russell Lee. What a nice guy! You couldn’t fail to like him, and he’s the sort of guy that if he asks you for a favour, you say “yes, no problem” with a smile, before you actually think it through. Which brings me back to my expected remit.

I’d taken gear for the expected social shoot, which actually didn’t really need much. Couple of bodies, a few lenses and a flashgun. I mean, what else could I need?

So, I’d been introduced to Russell and took to him immediately. Great! So when he asks me to possibly take some food shots for him as the food was prepared, I willingly agreed and then had to figure out how to deliver with rather limited resources. Food photography is highly specialised, although frequently seen as an easy touch by many highly capable amateurs. Couple of lights, and that’s it.

Well, hardly. It depends very much on what the image is to portray. If it’s a breakfast type food, the colour balance needs to shift a little towards the cold side of the spectrum, as morning light is rarely warm unless in the height of summer (in England?  hah!). An evening meal would be more low key, as you may find in a restaurant etc. What about texture? If you simply blast it with light, you’re going to lose a lot of form.

All this was going through my head as I went back to the car to survey my gear and curse under my breath. My own fault, I should have expected the unexpected! I really wanted to do the food justice, as watching Russell hand craft the canapés made me realise just how passionate he is about his product.

No studio lights, no reflectors, no softboxes and only the one SB900 = headache.

First things first, I needed to spread the light sufficiently to give uniformity, but retain contrast and texture. The SB900 was set on its little plastic foot and pointed straight up, to bounce off the ceiling. The ceiling immediately above also had a stainless extraction system, which would effect the bounced light to provide subtle differences in the lighting across the subject. I also moved the SB900 so as the reflected light would also be partially shadowed by some of the surrounding items and equipment, giving the image depth. I also used an ISO of 800 so as to include some of the ambient light from the window.

Not the usual approach I would take for food photography, but you run what you brung!