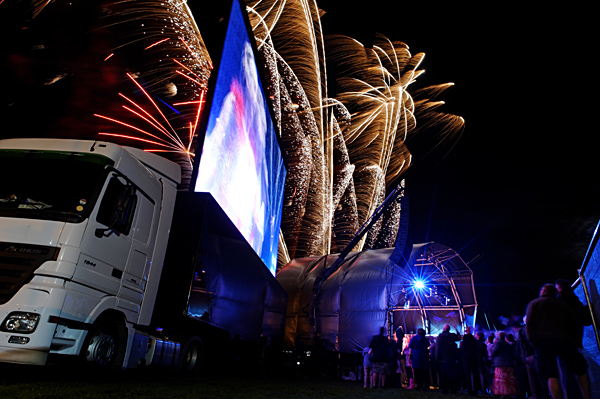 Lytham Proms 2010 was organised by Passion 4 Events for Cuffe and Taylor, and organised it certainly was! 5,000 guests plus VIPs and headlining guests including Lesley Garrett, Joanne Marie, Chloe Walker, Caroline Hunt, Beverley Alexander and more.

And what an evening it turned out to be…..

Thoroughly enjoyed the event itself, although it became cold as the evening wore on, but that certainly didn’t stop the die-hard singers and flag wavers.

The screen was immense, in fact so big, I can’t even begin to imagine the size of it. The image quality was actually far better than I had expected, and added a great deal to the overall experience. The black tower you can see to the right of the image, is where the controls and mixing desk were housed, very well done I have to say.

The weather was rather overcast to begin, which slowly drew back to reveal a cloudless sky, not too long after the start of the event. 5,000 tickets and completely sold out, and enquiries have already been made as to the availability for next year. Certainly sounds promising for the organisers, I have to say.

The finishing touch to the evening were the fireworks, and I was damned sure I wasn’t going to miss out on this one, no matter how cold it was getting.