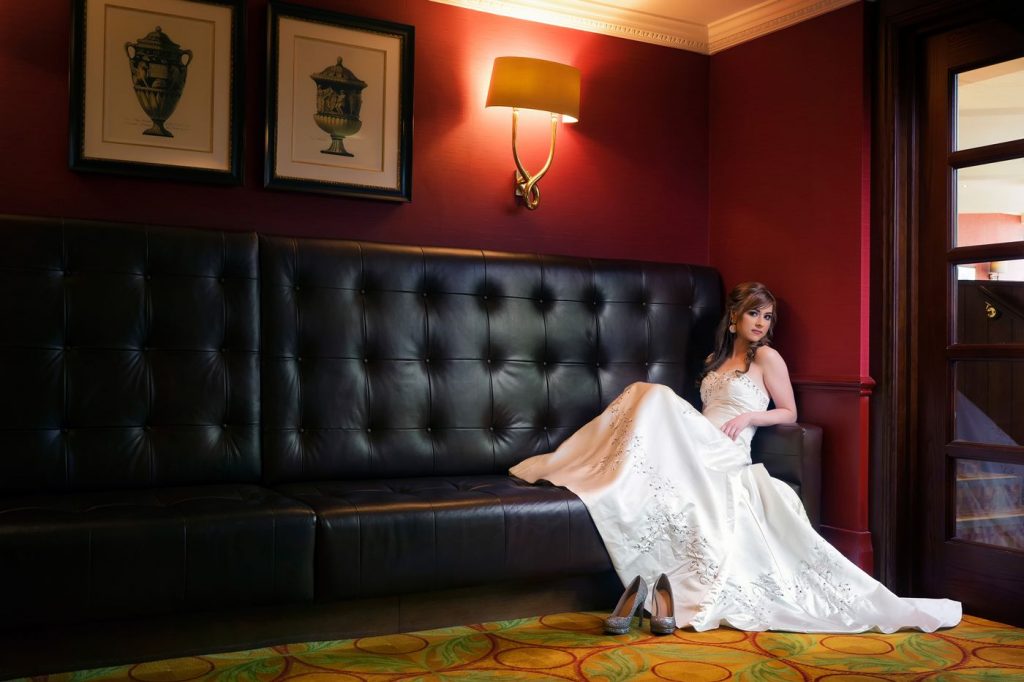 This was the first outing for the Elinchrom ELB400 in early spring 2016. This particular image was among the last to be shot on that day.

I used a single ELB400 action head connected to the B port and firing through a honeycombed stripbox with an output of 1.0.

It was placed frame right and alongside the door at maximum height and angled down towards Sadie. If you look closely at the shoes, you can make out the shadow direction, indicating the position of the head.

This is also where the image stabilisation of the Olympus E-M1 came into its own. 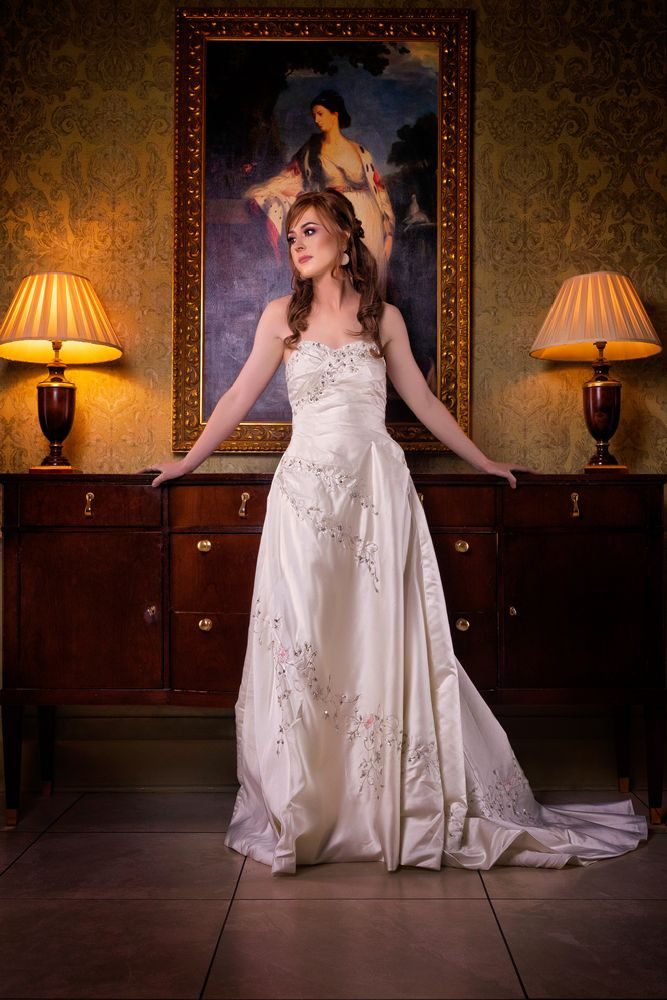 I particularly liked the symmetry of this image, although it wasn’t quite there on the day. The table was off centre and one of the lamps was almost centre on the table. After a bit of help from the hotel staff, and a bit of jiggery pokery with the lamps and cables, we managed to line it up.

Sadie took position and happens to glance across to my assistant as Martin made a comment. This was the resultant image.

It actually took three lights for this one, although again, I had to add the light very subtly. I had an ELB400 action head firing through a honeycombed stripbox frame left. It was connected to the B port and firing at 0.8.

A second ELB400 action head and stripbox with honeycomb was placed frame right, and again at 0.8 output via the B port. Both of these heads were in alignment with Sadie, and the amount of light put out was just enough to bring up the detail in the folds of the dress.

The main light was a third ELB400 action head firing through a 80x80cm folding softbox at a height of six feet and angled down towards Sadie’s midriff. This ensured the light spill did not bring up the detail on the wall above Sadie, ensuring we maintained the atmospheric feel to the ambience.

The main light was also connected to the B port, and fired at an output of 1.6 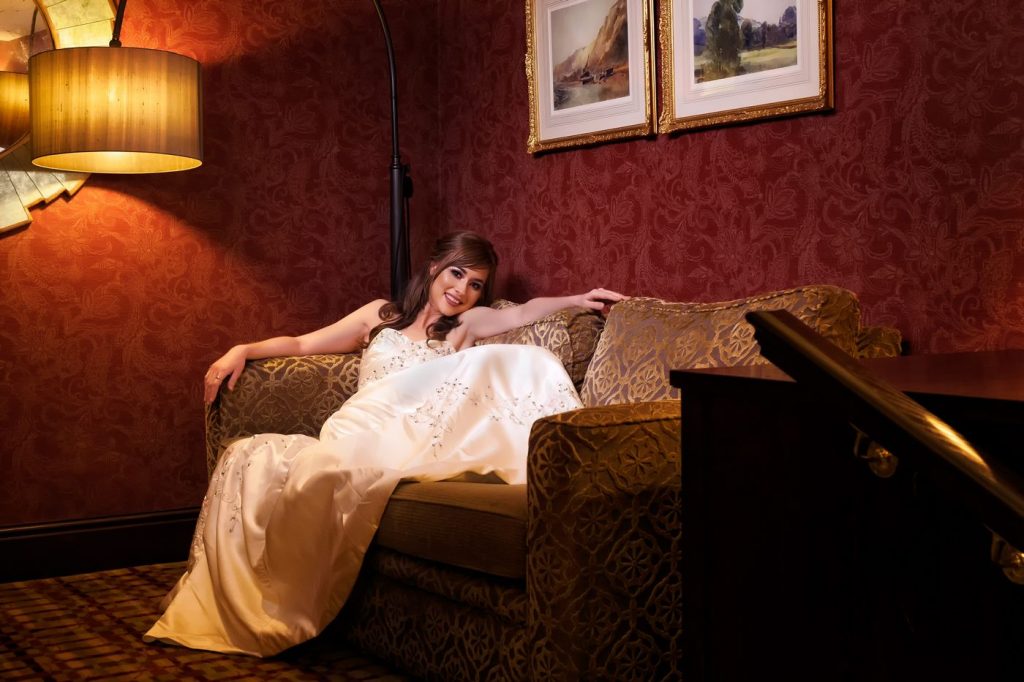 This particular image was probably the most difficult of all three. Not from a lighting aspect, but purely down to the fact it’s a cosy little area in the bar. Access is from one side, which is where I shot from, and it’s really quite narrow.

This was basically shot with a single ELB400 action head firing through a 80x80cm folding softbox. I had to stand it on a dwarf wall alongside a hotel lamp, as there was no way it could get further into the room without fouling the frame. Output was kept to 0.7 from the B port.

And that’s basically it!