If you challenge a photographer, they’ll likely want to do it properly. And at this point, it’s either go big, or go home!

Wayne had been challenged to do the ALS Ice Bucket Challenge, and of course, immediately thought how it would be a great opportunity to use the Lencarta Atoms and SuperFast heads for some high speed photography. (Yes, he’s a bit odd like that!).

Anyway, you can see the video above, and rather entertaining it is too :o)

So what of the images I took?

Well, immediately above the camera was a 600Ws Superfast firing through a 70cm gridded beauty dish at an output of 1/16th.

Camera left was a 360Ws Atom firing at 1/128th through a gridded Atom Beauty dish at about 6 feet high, and providing rim light down Wayne’s right side (also providing highlight and translucency to the water).

A second 360Ws Atom was placed camera right firing at 1/64th output through a gridded Atom Beauty dish at about 6 feet high and providing rim light down Wayne’s left side (also providing highlight and translucency to the water). It was slightly further away from Wayne, as he needed to stand near the ladder and his devoted wife, Sabrina.

A second SuperFast head, this time 300Ws, was placed behind Wayne at a height of just over two feet, firing through a purple gel and a standard reflector at an attitude of 45º upward towards the black vinyl which was around five feet behind Wayne. Power output was set to 1/16th.

I shot 58 frames. All raw, and all perfectly exposed. 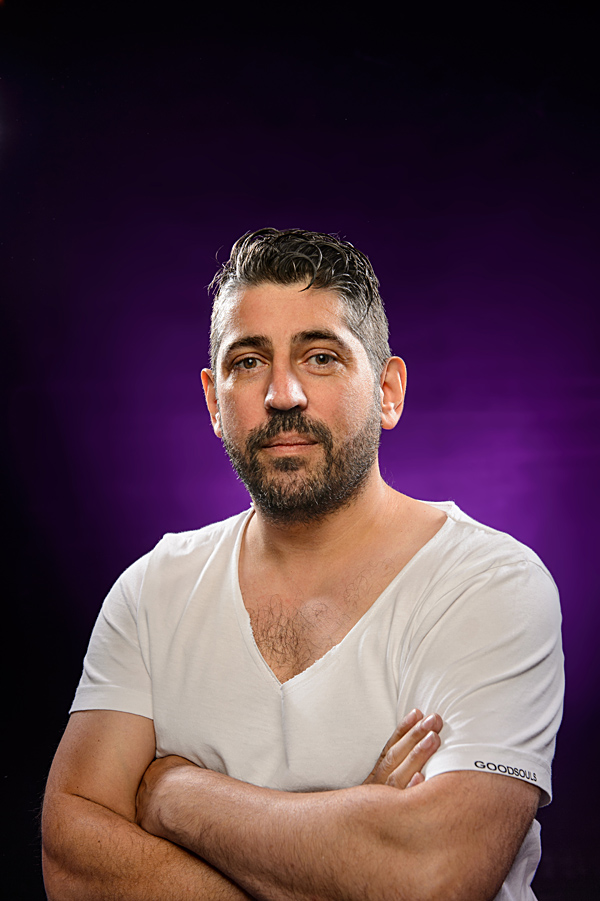 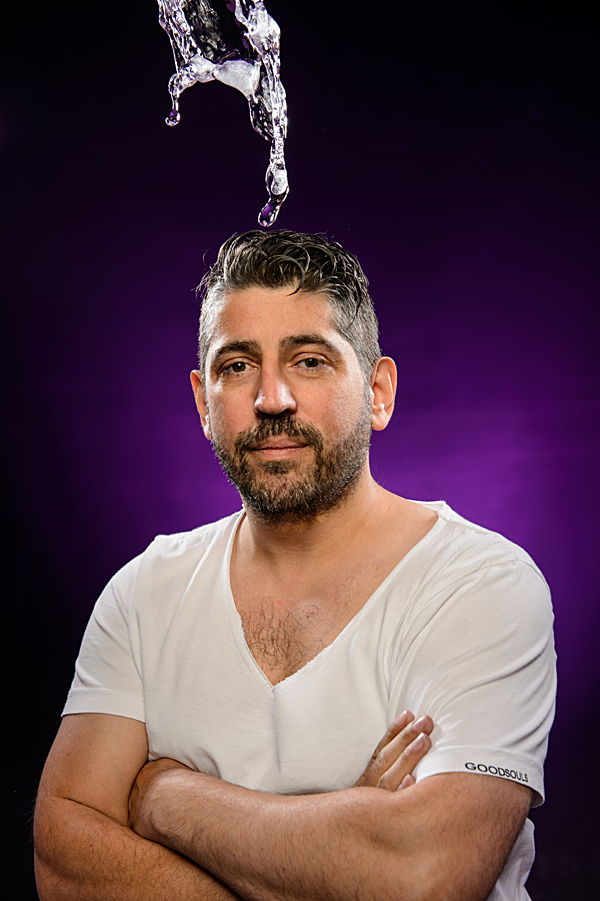 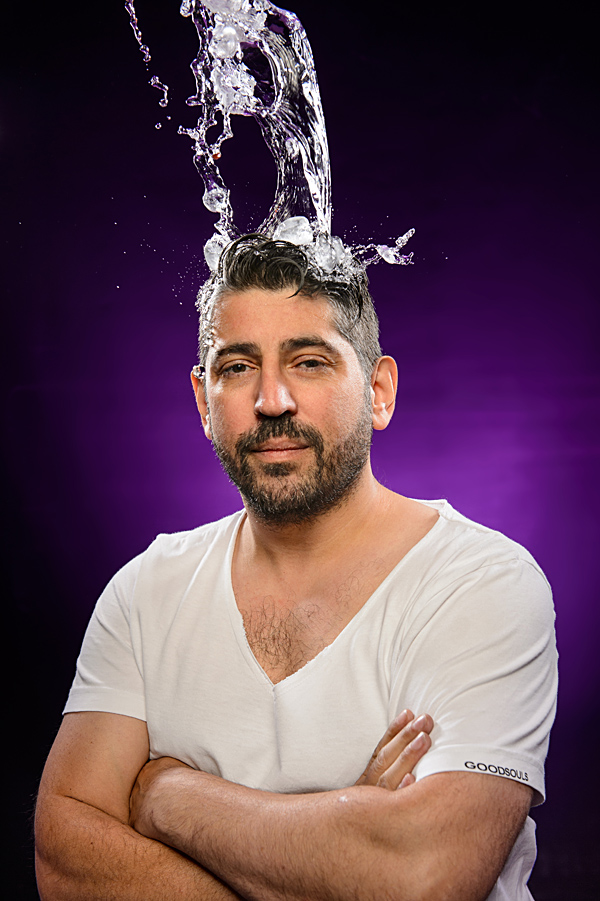 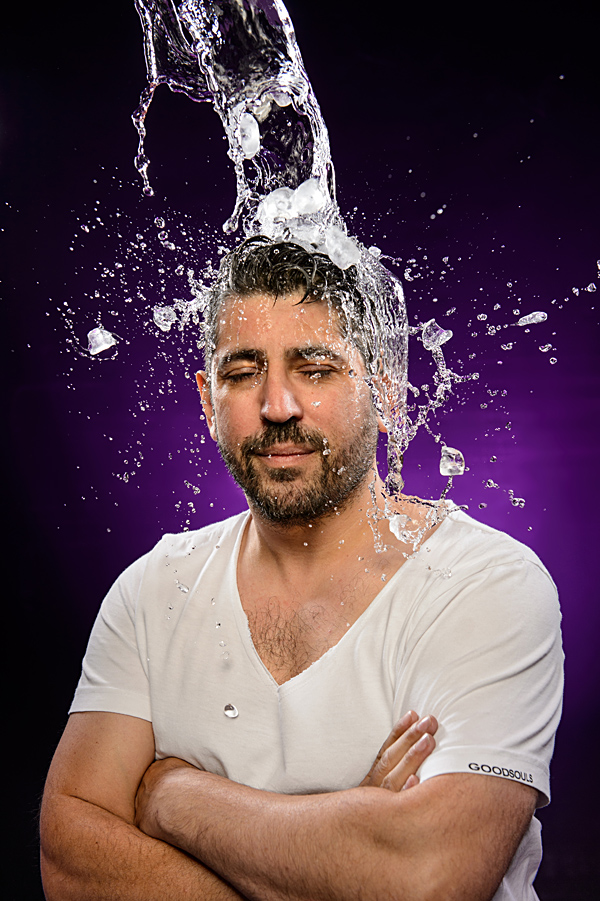 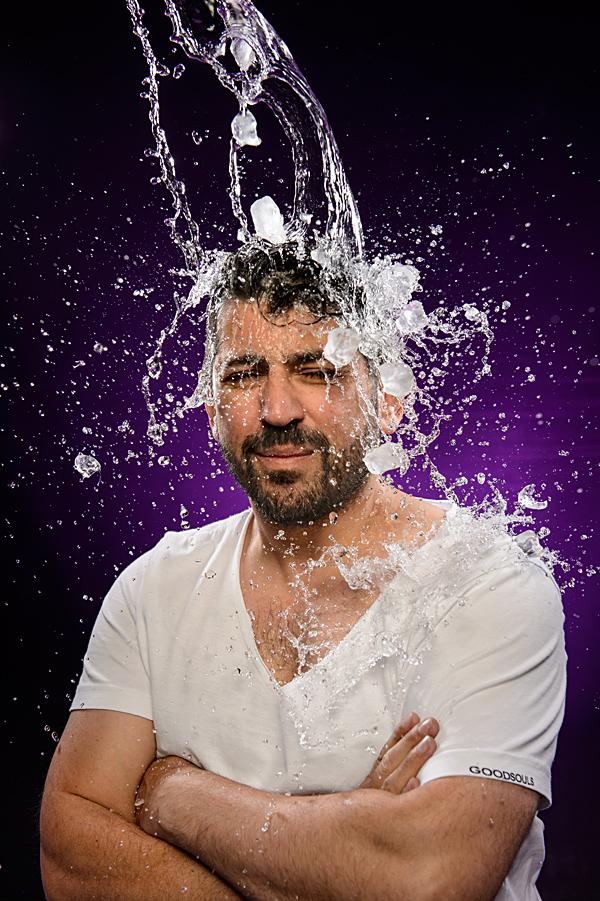 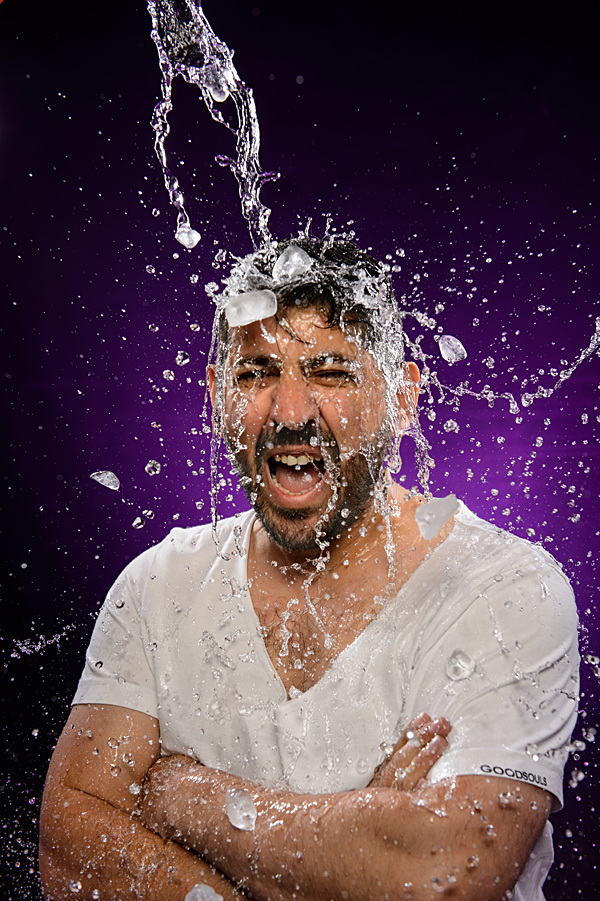 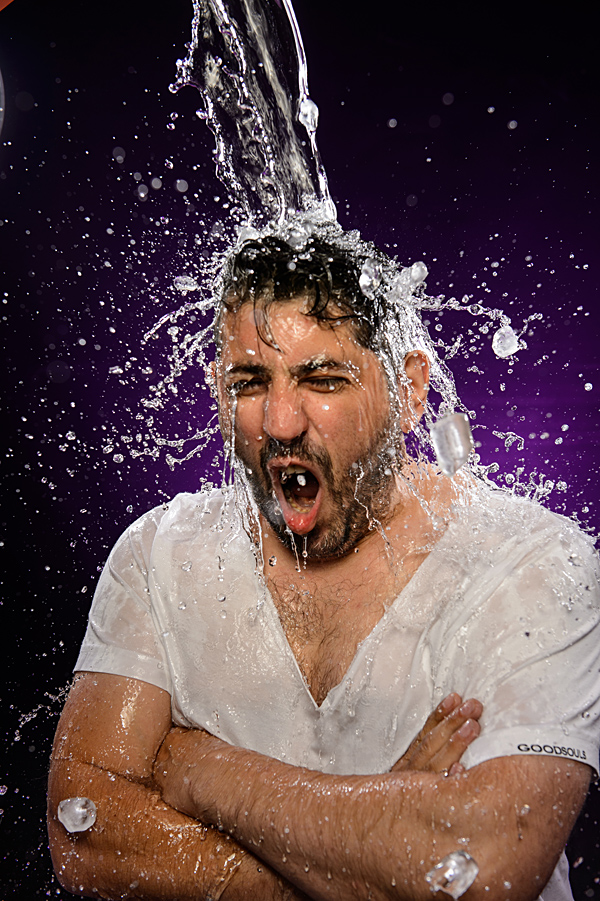 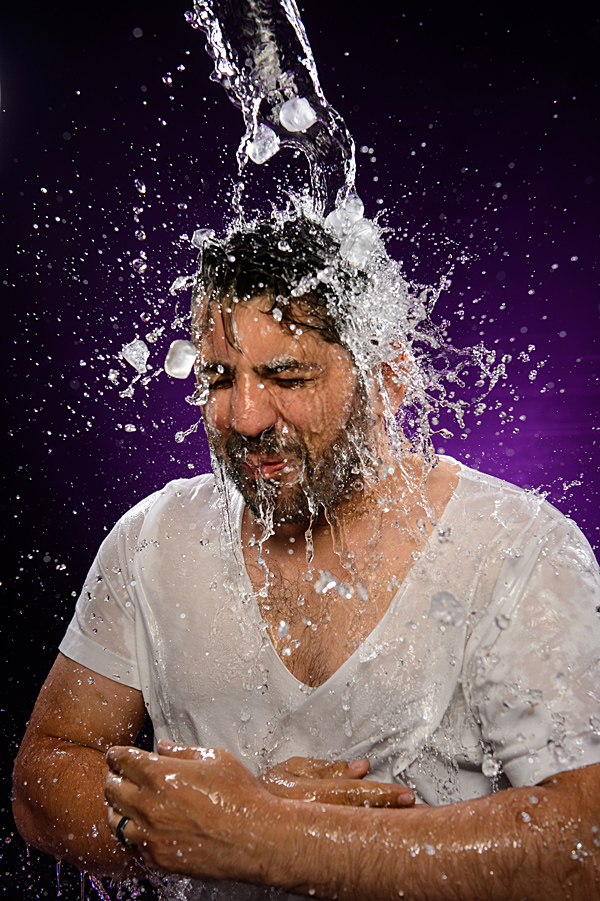 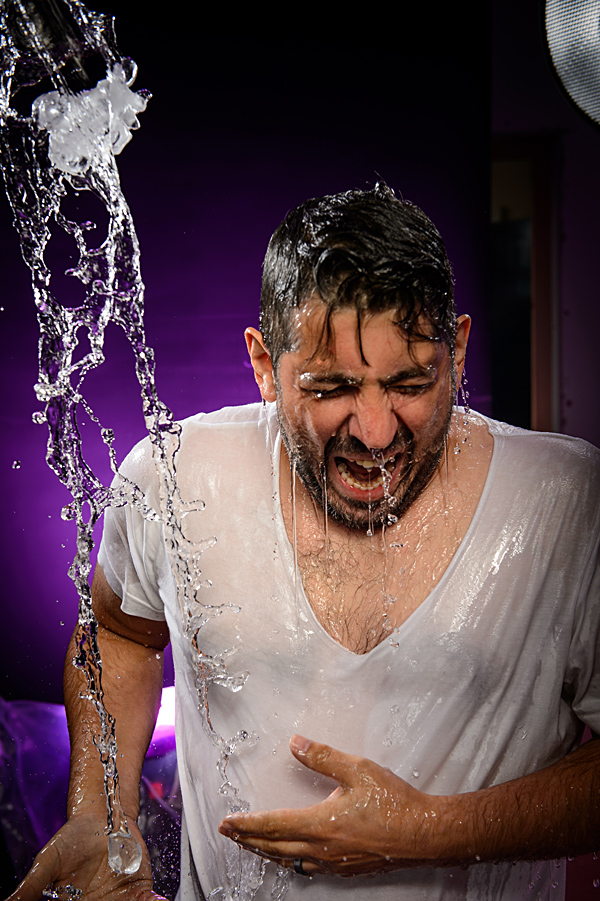