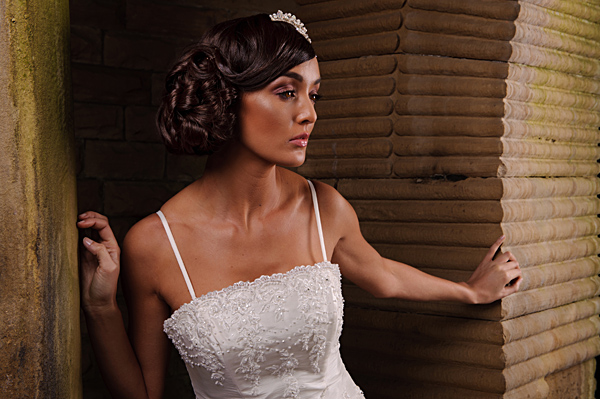 I had been asked to provide a portfolio for Catherine Boden of Glamourise, who’s a rather high flying makeup artist and stylist who works in the film industry. She also provides a wedding makeup and styling service to ‘A’ list celebrities and other high level clients.

Incidentally, this was also to be the inaugural shoot for the studio. Considering the client, models, subject and target market, I suggested a location shoot instead.

The background was to provide a bit of interest to hold the viewers attention that bit longer, building a “story” around the image, rather than the usual sterile white background associated with studio shoots.

I decided to use Marsden Park in Nelson, and had already made the appropriate arrangements with the Council Parks Office. The park itself has many interesting features that could be utilised, and all fairly close together to save on having to move the gear around. As it happens, we actually stayed in just the one location, and got two “backdrops” sorted.

For this type of work, and especially with the target market and clientèle in mind, the quality of light was absolutely paramount. Catherine is famous for the quality of her makeup and her hair styling, and whilst the images were to show a wedding theme, the emphasis had to be the hair and makeup. We had discussed the overall look of the portfolio, and I was basically given free reign to develop the look and range of images. Head and shoulder shots were obviously important for the hair detail and also to illustrate the quality of makeup, but I also wanted to provide a good range of full length shots to put the whole portfolio in context, especially with it being aimed at potential brides.

Equipment wise, in this instance, it really could only be the Safari from Lencarta. A number of factors influenced this decision, not least the fact it was mid afternoon and quite bright, but also the fact I would want to utilise large light modifiers to soften the light quite extensively, which would be especially important for the head shots. 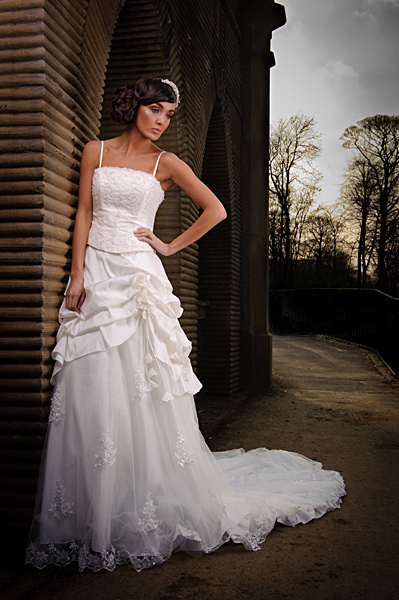 The first image was lit with a 120cm octabox camera left at a height of about seven feet, angled down and about three feet from Lanie, providing the all important highlights on her hair. The fill light was camera right and about four feet away from Lanie, level with her face. The second head was mated to a 70x100cm folding softbox. Safari output was set at a little more than a 1/4 with the camera (Nikon D3) at 1/100th sec ISO200 and f9

The result was the overpowering of the ambient light, bearing in mind we were out of the direct sunlight, with the subsequent moody look and our model becoming quite prominent with the brighter lighting and yet still softly lit. 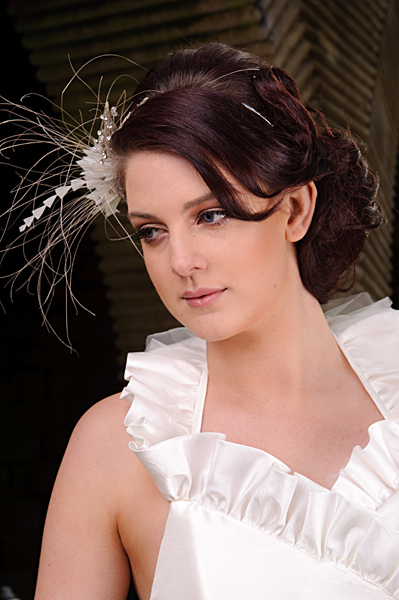 The above image of Shonagh was slightly trickier, insofar as her dark hair could easily “disappear” into the dark background. To combat this, the 70x100cm softbox was placed comera right and at around 7.5 feet high, angled towards her cheek and about three feet from her. The fill light was the 120 octabox at head height and camera left, at around shoulder height and horizontal, approximately four feet away. Safari at about 1/2 power, camera at 1/125th sec ISO200 f11 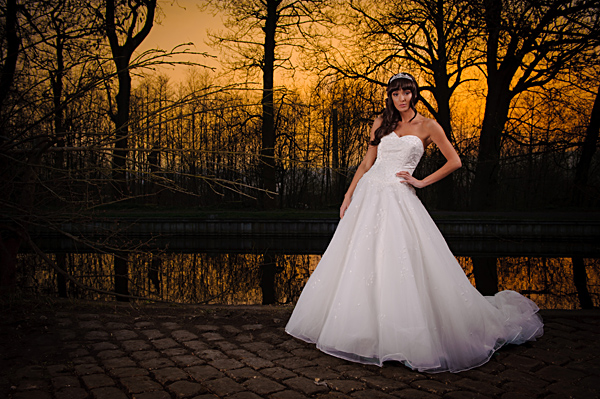 Taken outside the studio, alongside the canal,  as the ambient had it’s last gasp! One of my problems was the fact the ambient had now become so low, I was in danger of losing any kind of colour in the light itself and could only overcome this by very carefully matching the light output of the Safari to a little above that of the ambient, so as to saturate the colour of the light without losing it altogether. 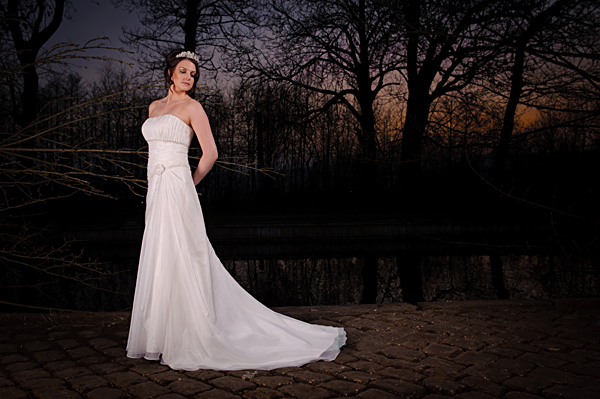 One of the final images of Shonagh, and practically no ambient at all. At this point I was having to drag the shutter to get something from the ambient. Safari turned down as far as possible, with same modifiers and distance as previous shot of Lanie. Camera 1/40th sec ISO400 f6.3